When To Update a Will & Estate Planning Documents 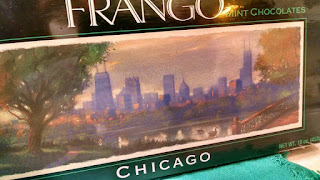 Final meetings with my clients end with me offering them water from the fridge in the waiting room and a Frango Mint (or two) that I keep in the waiting area.  Final meetings also end with a discussion of various housekeeping items, such as safekeeping of a will and the ever important question -- when should I update my will and estate planning documents?

Most clients assume I will answer with a specific number of years; seven to ten years is the most anticipated answer.  But what I actually say is the most dreaded answer I lawyer can offer, it depends.

When to update a will is fact dependent more than time dependent.  Take my life for example:


All of those events mark a time when estate plans should have been reviewed and updated to reflect name changes, additions to the family, as well as exits from the family.  And it was not just my husband and I who should have reviewed our papers, it was our parents as well.   Spouses passed on, grandchildren were born, names changed, etc.

If you are wondering if it is time to update your will, ask yourself:
Remember, a blog is educational rather than legal advice. Please consult with an attorney licensed in your state for assistance specific to your need.  And thank you for reading!
Posted by Melinda Gustafson Gervasi at 2:45 PM 1 comment:

Which Is Faster: A Will or a Trust?

"Which is faster, a will or trust?  I just want my family taken care of as soon as possible."  After ten years of serving clients in the estate planning capacity, this is one query that tops of the list of client questions. My answer is often not expected.

"Honestly, whether you use a will or a trust, it doesn't matter. What matters is how organized you are with your final affairs, and more importantly, how organized the person is who you appoint to handle things when you died.  If the person you appoint is crippled with grief, overwhelmed in their own personal life, or simply is an indecisive procrastinator -- then your estate will creep along at a snails pace, trust, will, whatever device you use just doesn't matter."

Personally, I think trusts are a bit oversold.  Here in Wisconsin we have a low probate fee, 0.2 percent of the inventory value.  Other states can be as high as 8.0, 10.0 or even 12.0 percent -- that can easily drive probate costs higher.  Given this, many clients in my office opt for the probate route, using a will which facilitates rather than avoids probate.  When naming a Personal Representative (also known as The Executor in Hollywood as well as the State to our South), I advise choosing someone who:


As you run through the list of family and friends who fill your life and find you  have few or no choices, consider a professional. Banks, trust departments or even the family accountant may all be able to fulfill this role and help achieve your goal of efficiently getting your final assets into the hands of those loved ones you leave behind.

Thank you for reading, and remember -- a blog post educates only and should not be viewed as legal advice.  Please consult a licensed attorney in your home state for legal advice.
Posted by Melinda Gustafson Gervasi at 7:03 AM No comments:

Dying Without A Will: 34% of Americans Do Not Have a Valid Will

"Show of hands, who here does not have a will?"  A standard question I pose to audiences when asked to speak on the basics of estate planning.  Usually one-third to half of the audience raises his or her hand indicating that no, they do not have a will.

A recent reported stated that while 69 percent of Americans have given serious consideration to setting up a will, only 34 percent actually have a valid will.  And of those that know it is important, but have not acted, 95 percent say it is because they lack the financial know-how, and not that that topic of death is too taboo.

Even as an estate planner the 34 percent shocked me, I would have guessed about 48 to 49 percent of Americans have not created a will.  But I would disagree with the wording in the report that only 34 percent of Americans have a will.  Here is why: "Guess what, those of you with your hands up -- you do have a will.  One the State Legislature wrote for you.  If you won't sit down and write one, they did one for you as a back-up.  Some folks may agree with their assumptions, otherwise will not." And then I show them a flow-chart of Wisconsin's intestacy statute.  The law that says where your probate assets will go if you have not drawn up a will (or other means of distribution: trust, TOD Deed, joint ownership, etc.).  So one does not really die with a will, but rather they die without having stated his or her wishes. They die with a default will.  It might be fine, it might be horrific.  Take control, and put your wishes in a legally binding format.
Posted by Melinda Gustafson Gervasi at 6:00 AM 1 comment: