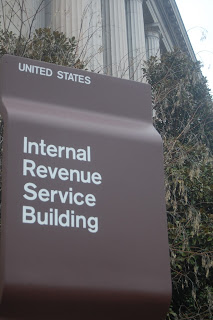 As fall settles over the country and children return to the classroom, we have a clear understanding how one federal agency will treat same-sex couples in a post-DOMA world.  Last week, within an hour or two of dropping my Summer/Fall newsletter off at the printers, I received an alert from my associate back in the office.  The IRS released a statement clarifying its position on how it will treat married same-sex couples for estate and income tax purposes.  The newsletter had indicated that each agency would make a decision, and up until then, the IRS treatment depended on a couple's state of residence.  And then it changed.  My plans to start the Labor Day weekend were delayed, a few sentences were re-written, and back to the printers it went.

According to the Internal Revenue Service, same-sex married couples will receive:


As noted in earlier posts, each federal agency is making its own decision on how to function in a post-DOMA world.  Watch for more updates on this evolving issue.  And remember, a blog is not legal advice.  Please consult a licensed attorney in your state.


Posted by Melinda Gustafson Gervasi at 9:37 AM