The Dalai Lama Comes to Town: Madison, Mental Health and the Month of May 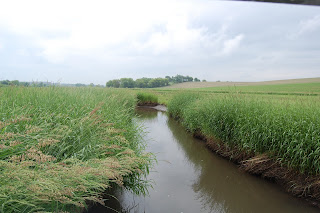 May started out for me be attending an event at the local courthouse.  May 1st marked Law Day, celebrating the legal profession, offered free continuing legal education for attorneys, and of course there was cake.  Inspired after listening to a session entitled Lincoln - A Lawyer for the Ages, I returned to my office.  There I found the monthly newsletter from the Dane County Bar Association.  Included was a piece about May being National Mental Health Month, and the fact that members of the legal profession suffer from depression, stress, anxiety, and suicide at levels higher than the average population.  This was a fact I knew. What struck me was mention that both President Lincoln as well as Fighting Bob LaFollette, both members of the profession, suffered from bouts of depression over the course of their lives and careers.  In the week that followed headlines broke stating that the suicide rate among middle aged Americans jumped 40 percent from 1999 to 2010.  A shocking increase.

As I write today, the Dalai Lama is in Madison.  His fourth trip to our gem of a city.  A close relationship with Dr. Richard Davidson (Center for Investigating Healthy Minds).  The morning paper reported his call for improved mental health as a way to cure the world's troubles.  Where to start?  The options are plentiful, but I'll leave you here today with a few signs of depression.  Recognizing a problem is the first step to fixing it -- whether it is yours or another persons:


For a complete list of signs of depression, visit the Mayo Clinics web site.
Posted by Melinda Gustafson Gervasi at 6:00 AM