Cat Given Another Chance At Life; Illinois Will Ignored

The headline Dead Woman's Cat Gets Stay of Execution caught my attention last week as I read the local paper.  Apparently an Illinois women wrote a will in 1988 that contained the clause "any cats owned at the time of her death be euthanized in a painless and peaceful manner."  The bank executing her will hesitated at such a clause, and through its lawyers, petition the court to ignore the request.  A Cook County probate court set aside the clauses, stating it would violate public policy.  And that is how Boots, an 11 year-old cat, got another chance at life.  Apparently these types of requests are not unheard of, as the article sites several other clauses that were also struck down by a court as being against public policy. 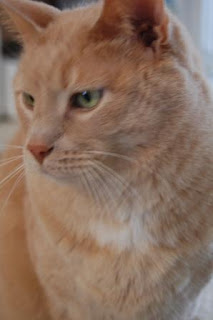