Will Wisconsin Have an Estate Tax in 2013? 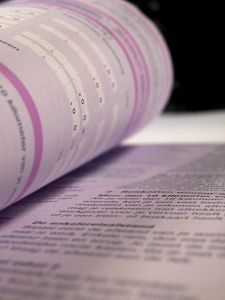 Ask a lawyer a question, and you'll likely get an answer along the lines of "it depends".  And that is the case for the question of whether Wisconsin's state estate tax will return in 2013.  As I write this post, we can only guess about what will happen, and here is why.

First, an estate tax is a tax levied upon an estate when a person dies with a net worth in excess of an amount set by a legislative body.  There is a Federal estate tax, with an exemption level set by Congress.  And then each of the 50 states can elect to implement their own state estate tax.

Second, Wisconsin used to have an estate tax, but it ended as of January 1, 2008.  Its end was based on state legislation linking its tax to the credit allowed on the federal estate tax return for taxes paid to a state.  Current federal estate tax exemption levels are $5 million per individual; if a person has a net worth lower than $5 million, no federal estate tax is owed, no return is filed, and no credit is owed to the state.  However, the current law is set to expire, and unless Congress and the President act before January 1, 2013, prior lax law will be resurrected.  And with its return, a limit of $1 million will be established.

Third, if neither the Congress and President nor Wisconsin's legislature act, it appears that the Wisconsin State estate tax will return January 1, 2013.

So, we cannot predict what theses various governmental entities will do.  My personal guess is that the federal government will not let the federal exemption fall to the $1 million because it will capture far more small business and family farms than any politician would want to see happen.  But, only time will tell.  Keep reading, and I'll post as soon as we have a definitive answer.
Posted by Melinda Gustafson Gervasi at 5:00 AM