An email appeared in my in-box last week from week from Wells Fargo.  It is the current administrator of Wisconsin's 529 Plan, named EdVest.  A 529 is similar to an IRA in that it gives you tax breaks (deposit, growth, removal) for setting money aside.  Instead of for your retirement, the dollars are for college education.

As soon as we received our infant son's Social Security number, we opened an account.  That was back in 2008.  Another account was opened in 2010 when our daughter was born.  I am the owner of both accounts, s/he is the beneficiary. Given that pattern, it is possible to set up an account prior to the birth of a child.  Once he or she arrives and gets a SSN, you just list them as the beneficiary.  The benefits of 529s are numerous, but they are not the focus of this post.  The focus is on the fact that as of October 31, 2012, the current administrator will step aside.

Assuming contract negotiations progress, the new administrator will be TIAF-CREF.  Several factors remain unknown.  As a result, I am not following the suggestions from Wells Fargo to make deposits as normal.  What am I wondering about:


Our plan was to make our $6,000 (that comes out to $3,000 per child) annual contributions in August of this year.  Instead, the money will be parked in an account until these questions are resolved.  At this point in time it remains unknown if we'll continue with EdVest. Most likely we will, but trained to see problems on the horizon, this attorney is going to wait until the contracts are signed and the numbers known before investing more money with EdVest. 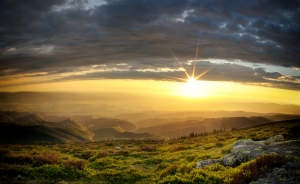 I chose Edvest (the Wisconsin state 529 plan) due to the availability of the state tax deduction, not just for us but for grandparents too. While I appreciate the potential problems you've noted, I can't imagine that the new plan (which was carefully chosen - bids have been out for quite some time) will be so bad that I will give up the state tax deduction to go to another state's plan or another college savings investment vehicle. In your situation, I understand waiting to make the bulk contribution, but we're continue with our $500/mo contributions ($250 per child) until the switch over.

I just don't like the having to trust that WI won't do something stupid. It probably won't, but I'll keep an eye on them.

Thanks for reading and commenting. I have been a long-time fan of Vanguard Index funds, and will be unhappy if they are no longer an option. Overall EdVest is a great program....I just want to make sure the quality does not slide. My training has me seeing worse case scenarios.