The Power of the Personal Representative in Wisconsin

"Number 13 is my favorite -- the power to demolish or erect structures."  Everyone chuckles.  It is my standard comment when walking clients through drafts of their wills.  All of my wills include this phrase.  It is one of nearly 40 enumerated powers given to the personal representative, a role Hollywood calls the executor.

In Wisconsin, the personal representative is the person empowered by the court to facilitate a probate.  He or she is either nominated in a will or steps forward if the decedent died without a will.  In order for s/he to gather assets, pay bills, and distribute the balance, s/he needs the ability to function as though s/he owned the decedent's property. And one function is to demolish or erect structures.

Seem odd?  Not really.  Imagine a home that was owned by a widow.  Upon her death the PR decides to list it on the market.  But, the bathroom is from 1963.  An update is needed to make it more attractive to sell.  In a real case I am handling, a garage straddles two pieces of property.  One is to be sold, the other inherited directly.  And I was able to tell the PR -- you can demolish that garage under power number 13. 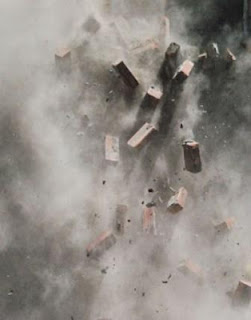